Songs for my Father 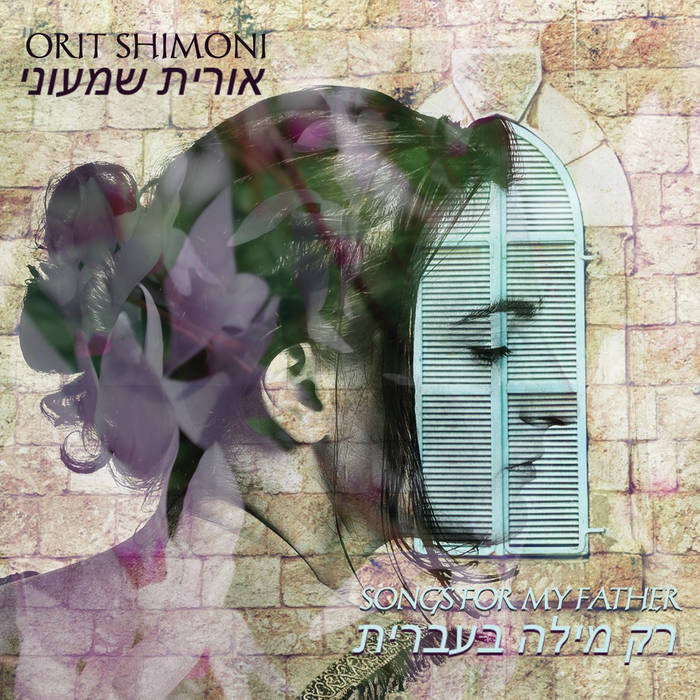 Songs for my Father came into being when I was in Toronto with access to a piano. I had always wanted to play and suspected I had just enough basic music theory and a good enough ear to figure out the beginning. I had a book with me that I had purchased years before in Israel, from one of a few remaining boxes of belongings. It was Part B to the book I had learned guitar on when I was twelve: Israeli folk song lyrics, with the chords written above the words. I went through the book to look for songs I knew, and then, from memory of the melody, played the right hand by ear while I thought about how to build the chords with my left hand.

These were enormously gratifying sessions for three reasons. The first was that the amount of concentration and effort it took to play the piano drew me out of my usual thinking patterns and stresses, a true break from my busy mind, and was therefore utterly meditative and refreshing. It was proof I could still learn new things, teach myself, make progress, find some inner-discipline. But more than that, these sessions with the piano and the book brought back to life a huge part of my musical upbringing, songs that had played on the radio while driving in the family car, driving from Tel Aviv to Jerusalem after visiting my aunt, songs my father had recorded from the radio onto cassette and played while washing dishes, songs we sang at memorial services, songs that no doubt shaped my melodic aesthetic as a musician but also a huge part of my identity, songs that described the arid but emotion-drenched landscape of my youth, songs that mourned and decried the all-too-present reality of war, songs that bonded people musically over the pluralistic if not fragmented divides of politics and ethnicity and generations - Songs I grew up on, and because of.

And then one day, after a couple of weeks of dedicated daily sessions with the piano and book, it occurred to me that, as my father was about to turn seventy, I could make him an album of some of his favourite songs as a present. I mentioned it in passing to a friend in Montreal, Will Richards, who offered his help and studio for the project. I spent the next few months, while continuing to tour with my own music throughout Canada and Europe, trying to select and learn the material. I asked my sisters for their suggestions of songs that they thought my dad liked, and each one had a couple of wonderful ideas. In some cases, the choices were obvious, in others, the choices were extremely difficult. So many songs are love songs, which would not make sense for a daughter to sing to her father, while many other songs felt overly politicised, and others too mournful of war, which although they resonate deeply and appropriately, did not feel right as a birthday celebration. I must confess that in the research phases of this project, when I was going through hundreds of Israeli songs, there was a great deal of laughter and joy at refamiliarising myself with melodies and lyrics I hadn't heard nor thought of in decades, but there were also intense tears, a profound refamiliarisation of myself as Israeli, the complexity of it, the guilt of leaving, the trauma of violence, the nostalgia for a younger me who was more idealistic and less cynical, and a very real awakening to the huge volume of songs I knew. Though the majority of my music career has been as a Canadian musician, in doing this project, opening wounds and airing them out, I also found my undeniable Israeli musical roots.

The result of this vision and these challenges is a collection of carefully selected Israeli songs, many old, some more recent, and one originally penned by me, specifically from me to my father. Graced with the incredibly tasteful additions of skilled Montreal musicians, siblings Katherine and Mark Simons, Ockert Greeff, and Will as engineer, mixer, and instrumentalist, I sang with as much a combination of passion and modesty possible, as honestly as possible, with the sense of belonging and remembrance, as well as grief for the much and many to be grieved over in Israeli existence.

I have chosen not to provide literal translations for all of the songs, but to choose for some a simple explanation of why it was chosen, and what it's about. I sincerely hope you enjoy the sounds and let them be part of getting to know something about the musical and very human culture of this other place I come from.

Longing for peace and tranquility for all,
With love, Orit

Recorded by Will Richards, Mastered by Dean Stairs for the Citadel House
All songs copyrighted to ACUM, except for track 11, SOCAN