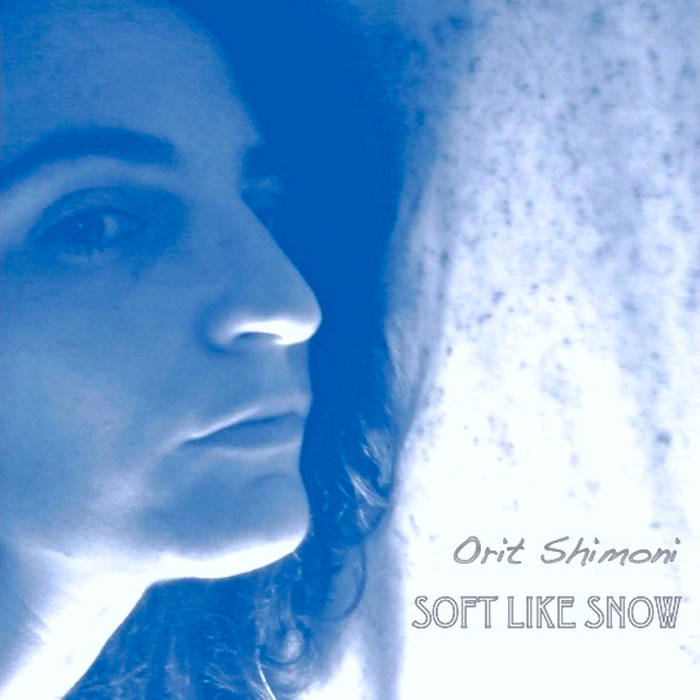 Orit Shimoni’s tender new album Soft Like Snow, released on German label MW-Music, marks the seventh release for the Canadian/Israeli singer-songwriter. Maintaining an international touring regime and with no fixed address, Orit began working on the project two years ago in Berlin, with producer and label owner Gogo Mamasweed, whose approach asked for less of an intentional performance, and more for an intimate telling of her songs. The result is a haunting, breathy and rather vulnerable rendition of ten new songs that speak volumes on love, war, loss, memory, and hope.
Wanting both minimalism and a unique atmosphere, Gogo recruited a couple of the colourful characters of Berlin, Francesco Tonial (Lord Mouse and the Kalypso Kats, A Pony Named Olga), and Earl Havin, to play woodwinds and percussion respectively, while he himself contributed guitar, backing vocals and pedal steel, with creative and tasteful effects. Soft Like Snow has a delicate and somewhat surreal backdrop that weaves in and out of the album, countering and complementing the grounded rawness and closeness of Orit’s vocals. It is also the first album to unveil three of Orit’s piano songs, an instrument she began to teach herself in the past few years while living on the road, and which tap into a style and tradition of song she, until this album, had not yet explored.
Soft Like Snow is sure to please listeners who seek to be sonically soothed, while Orit’s signature thought-provoking lyrics reveal themselves to those who choose to dive in deep.

All songs written and composed by Orit Shimoni