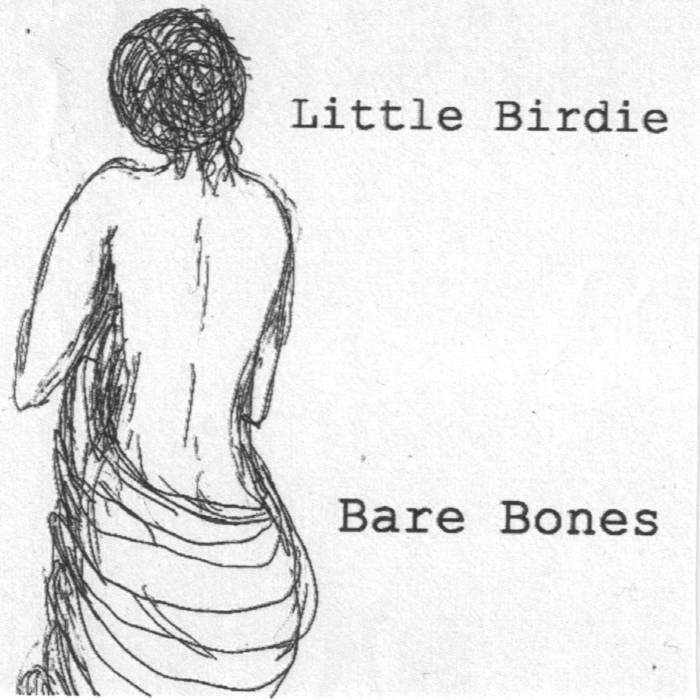 "This is the album I've been the most afraid to put out," says Orit Shimoni, AKA Little Birdie, about a new collection of 11 songs recorded completely acoustically and bare bones. "Folkey" has always been implied in what I do, but since everyone expects a girl with a guitar to produce soft delicate songs, up until now I have at least gone for layers of darkness, and a 'big' voice," she smirks. "I guess I'm finally comfortable being naked."

She oughta be by now, after two full years of no fixed address and touring solo, by public transportation, across Canada and Europe, facing bars, festival crowds, house concert hosts and attendees all on her lonesome.

The songs on "Bare Bones" are not solo renditions of previously recorded material, but eleven, previously unreleased songs. "I'm not sure if they seem more intimate to me because of how we approached their recording, or if I intuitively chose songs that felt more vulnerable, but it's definitely scary for me to share them this way," she confesses.


"This album bares no pretense..... It goes out in gratitude to all the people who have seen me in my vulnerability as a solitary wanderer, and who have wrapped their generosity and encouragement around me like a warm blanket on a cold night."

All songs written and performed by Orit Shimoni